­The Man With The Borrowed Heart

I would like to tell you a story about my brother. His name was Jeff Wierenga. He was the oldest and the only boy in our family. He had a tough time dealing with three little sisters. Fighting over the bathroom and the TV were the most common occurrences. I remember he wanted to watch the space shuttle but the girls wanted to watch General Hospital! I don't remember who won that argument. I just remember we got in trouble because the neighbor heard us and called my mom at work.

Our parents raised us to believe we could be anything and do anything in life as long as we put our minds to it. Jeff wanted to be an astronaut or an architect. He was told he was not able to be either because he had vision in only one eye. Well, he didn't become an astronaut, but he did become an Architect. He loved Frank Lloyd Wright's designs. In school he was told that because of his vision he would never be a good architect, since he didn't have proper depth perception. Jeff also had poor math skills, but fortunately for Jeff my sister Pam tutored him. He received his Associates degree in Drafting from Ferris State University in Big Rapids Michigan in May of 1976. He proved them all wrong, but that was not enough for Jeff. He wanted to reach for the stars so he continued his education at Georgia Institute of Technology (Georgia Tech). Jeff received his Bachelor of Science degree in June of 1980, yet it still wasn't enough for my brother. He got a job at tvsdesign (Thompson, Ventulett, & Stainback), a large Architectural firm in Atlanta and went on to work on his Masters degree.

I decided I would join my brother in Georgia, I missed him. I attended The Art Institute of Atlanta. We were able to join each other on Christmas, birthdays and dinners. On Jeff's twenty-fifth birthday we were meeting up to have dinner together. On my way there I received a call that Jeff was in the hospital, he was having heart problems. I thought it was because of all of his long hours working and studying unfortunately that was not the case. The doctor diagnosed him with Cardiomyopathy, a heart muscle disease. Presumed to be due from a viral infection. The heart muscle becomes enlarged, making it less able to pump blood through the body and maintain a normal electrical rhythm. Jeff’s doctor said he could die any day. My parents begged him to come home to Michigan to slow down and get some rest. I needed to stay in Georgia to finish school.

Jeff found out he needed a heart transplant. Unfortunately he had lost his medical insurance due to the leave of absence because of his illness. In 1982 the procedure was still considered experimental, with only 2,000 such transplants being performed per year nationwide. He needed $65,000 dollars for the procedure, that was his only chance to live. The need was made known through local media sources to help raise the money needed for the heart transplant. Funds were raised from Grand Haven and local surrounding towns and also from Atlanta. They saved the day and ultimately my brothers life!

On April 7, 1982 he was flown from Muskegon, Michigan in an air ambulance, with a nurse by his side to Pittsburgh. Then on April 17th, when he was 25 he became the twenty fifth heart transplant recipient performed at Presbyterian Hospital. The heart had been flown in that day from Walter Reed Medical Center in Washington, DC. Jeff said the Lord would take him if he needed to, but that he wasn't ready to go. Our family and friends and the Sisters of Mercy had been praying for him. The operation was such an unbelievable success. Jeff stayed in Pittsburgh for six weeks while recovering, soon riding his bike. Jeff went back to Georgia Tech to finish his masters degree on September 8th, 1982. Our family started to celebrate his “heart day” as his second birthday, as well as his first birthday. All we know about his “borrowed heart” was that the man was only 32 yrs old, lived in Washington DC and died in a motorcycle accident. THANK YOU ! Our condolences to your family!

My brother Jeff and his “borrowed heart” very quickly went back to work. He was hired back at the architecture firm tvsdesign where he worked prior to falling ill. While he was recovering and working in Georgia, my sister Judy also moved nearby so we could be close during his healing process. Before long, Jeff was able to make trips around the country while working. Jeff loved architecture, and also had a keen eye for photography. On this website you will see some of his award winning photography, which eventually took him around the world, 19 countries to be exact!

A woman named Karen Barber also lived in Georgia. She had heard about my brother's obstacles and determination in her church's paper. She wrote a short story about Jeff which was published in the book, Surprised By Prayer - The Joyous, Unexpected Ways God Answers Your Needs. His story is called The words beyond the golden doors.

Jeff worked at tvsdesign until his death in 2012. Jeff was still working on projects two days before he passed. Jeff was a very determined man, but his heart was not his only health issue. He dealt with Lupus, kidney failure, pacemakers, pneumonia, skin cancer and early cataract surgery.

This is a story of perseverance and the power of prayer. Jeff received a thirty year gift of life, which he lived to the fullest. Jeff had many goals and talents, and his life shows what can be achieved by a determined person despite so many obstacles. Here are some of Jeff's extraordinary accomplishments.

1982 My brother Jeff Wierenga was a guest on the Phil Donahue show promoting organ donation.

1993 Jeff was awarded the Merit Award of Georgia AIA Architect as Artist award for photography.

1988 – 2005 Thirty two architectural photos were included in the AIA calendar.

1996 Top photo on the cover of AIA calendar.

2005-2009 Jeff became a professor at the collage I went to. The Art Institute of Atlanta Interior design.

My brother was an inspiration to all. He again had a thirty year gift, he called it his borrowed heart. Jeff was one of the longest living heart recipients, Thirty years and 8 months, with only one heart transplant.

Jeff had a philosophy. Live each day to the fullest. We are given a lot of obstacles in our lives to over come, brush yourself off and move on.

I am glad you are following this journey of my brother. I hope you will appreciate his journey and his photography. I hope he can be an inspiration to you. How many goals have you accomplished? 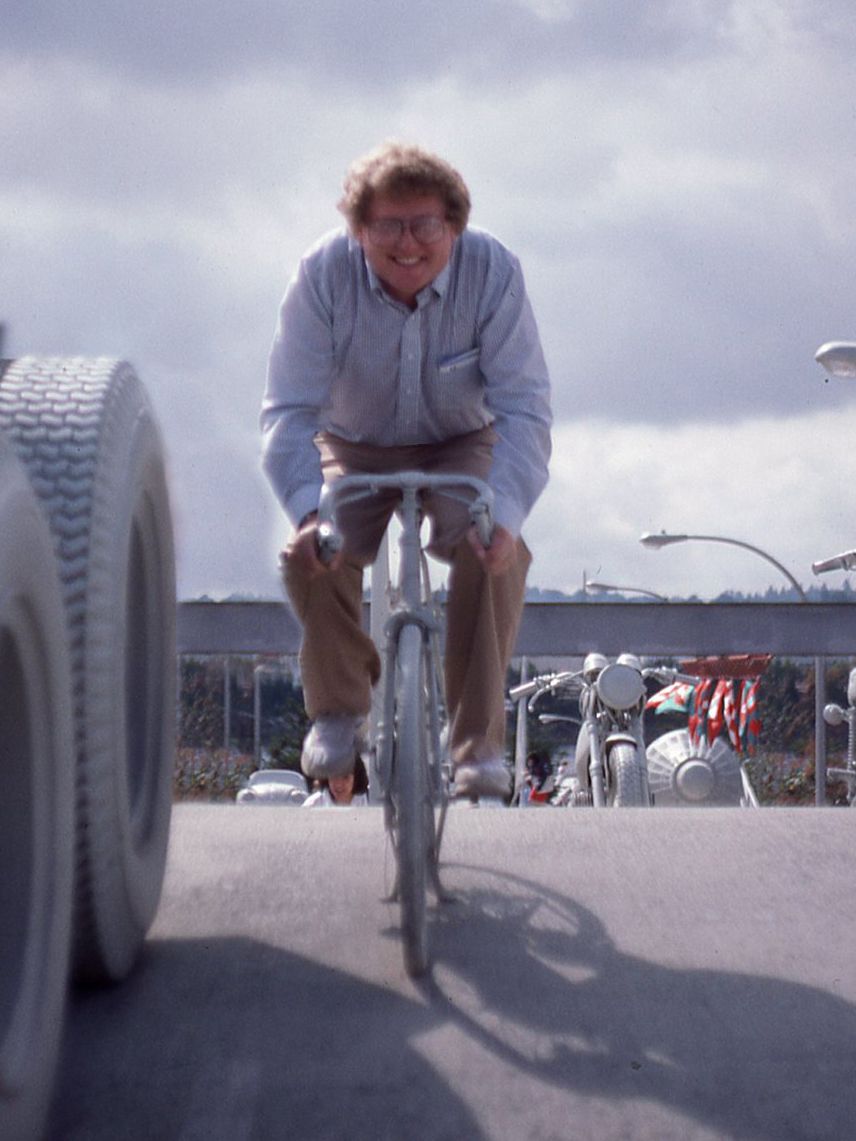 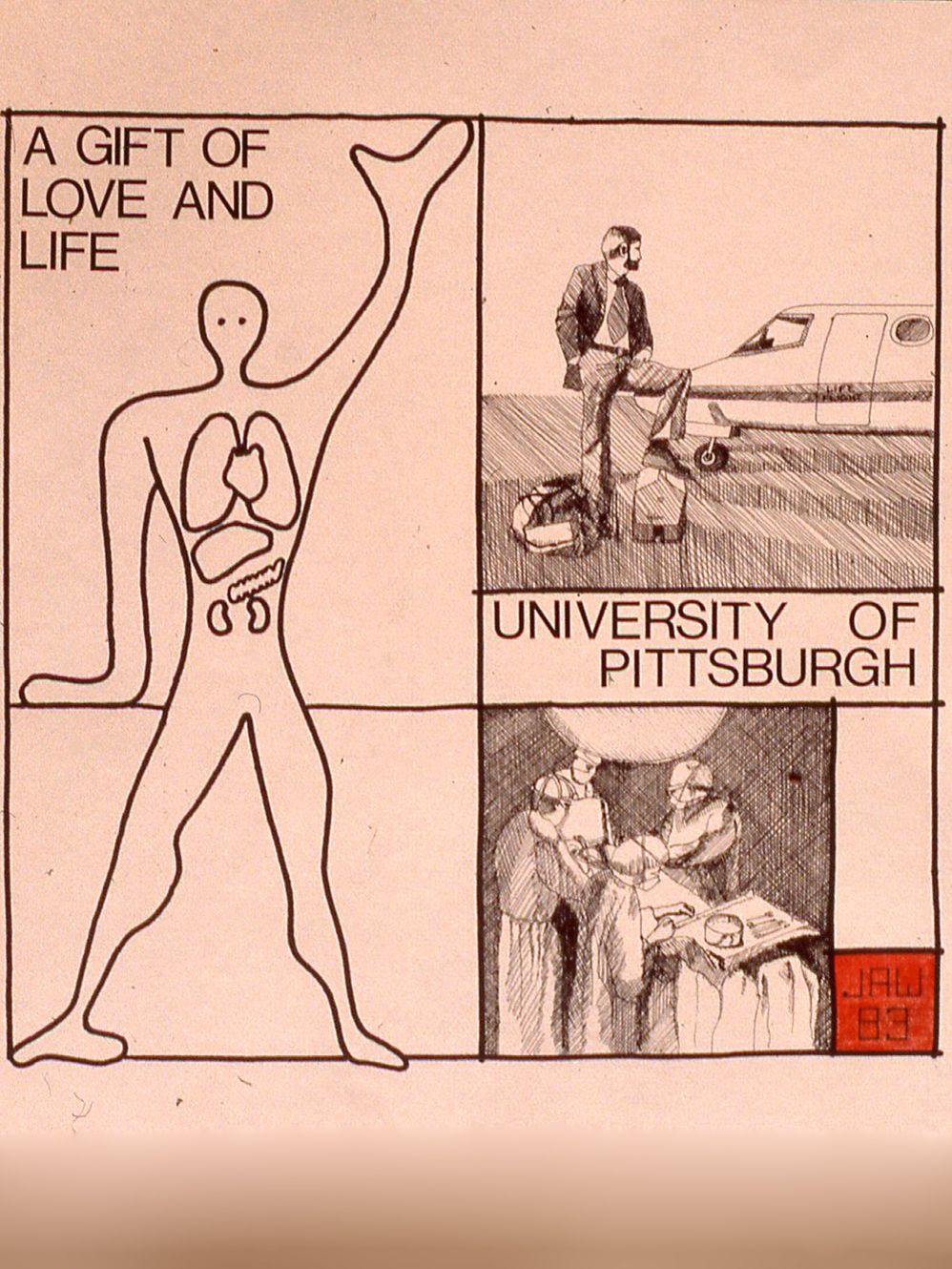 Where Jeff had his transplant! 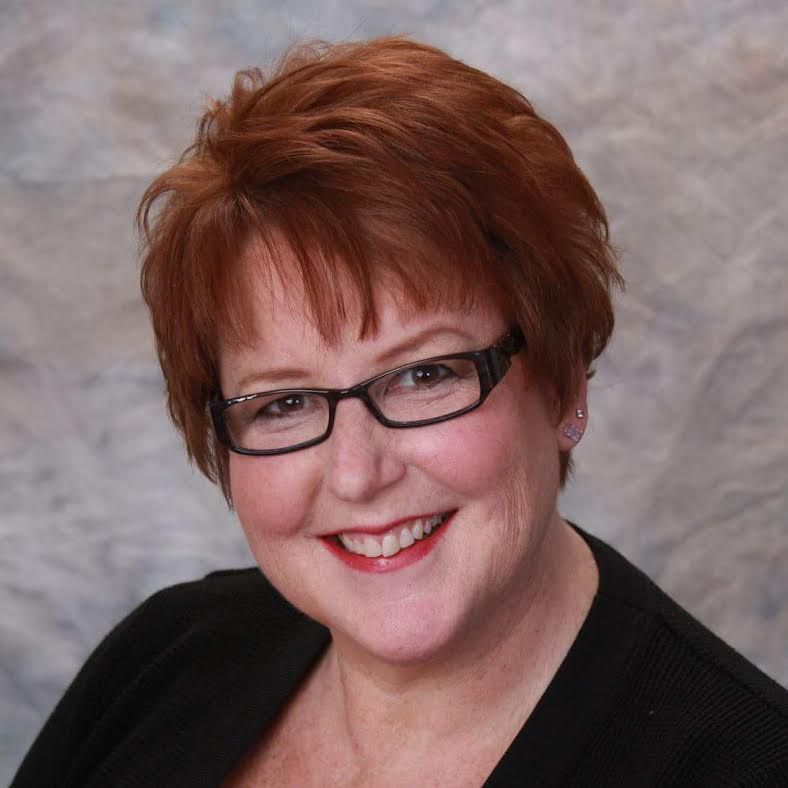